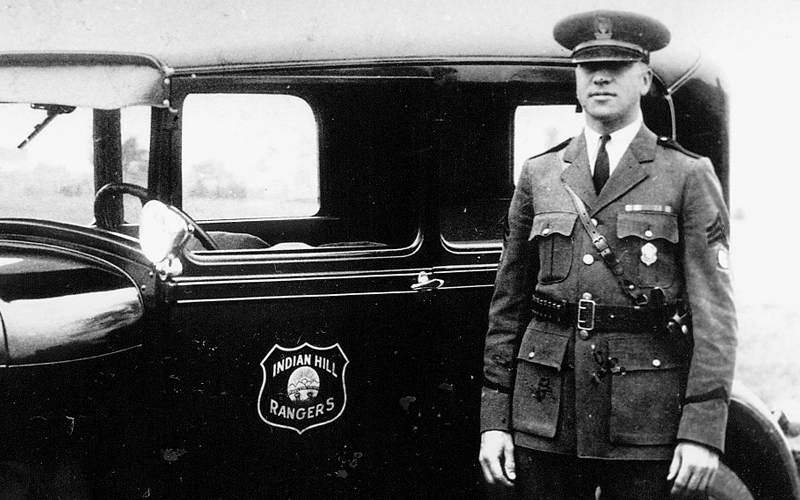 The nearly 20 square miles, now known as Indian Hill, was first eyed by the Indian tribes of the Shawnee, Miami, and Delaware. From their villages at Pickaway and Chillicothe, they came to hunt the wooded slopes and fish the clear streams. Some of the main thoroughfares of the Village follow, in general, the early Indian trails.

In 1787, Major Benjamin Stites, a veteran of the Revolutionary War, was with a surveying party coming down the Ohio River, when he was impressed by the strategic value as well as the beauty of the area between the two Miami Rivers. He returned east and interested Judge John Symmes in its purchase. When Symmes bought close to a million acres from the United States Government, he sold 10,000 acres adjacent to the Ohio and Little Miami Rivers to Stites for $.66 an acre. This parcel of land encompassed Indian Hill. Newtown was among the first settlements and it was not long before some of the families moved from that settlement up the hillside to make their homes. In the early pioneer days there were many encounters with the Indians.

The Village has always had a green thumb, and affinity for open space. This is manifest in the green areas program, which, through purchase and gifts, has created an almost unbroken arc of greenery around and through the village.

Life in Indian Hill is still full of the blessing of nature and the large and small kindness that make a community human.